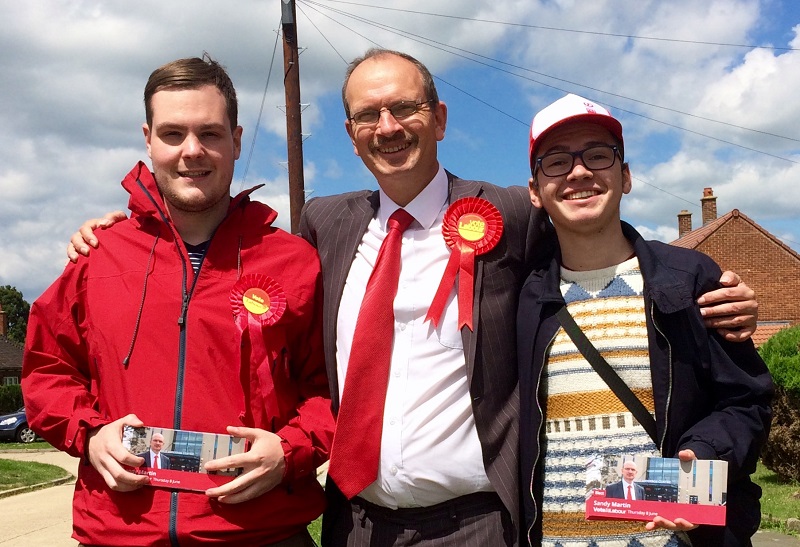 A team of volunteers from the youth wing of our Czech sister party, the Social Democrats (ČSSD) travelled to the UK to help out in the last week of the General Election campaign. 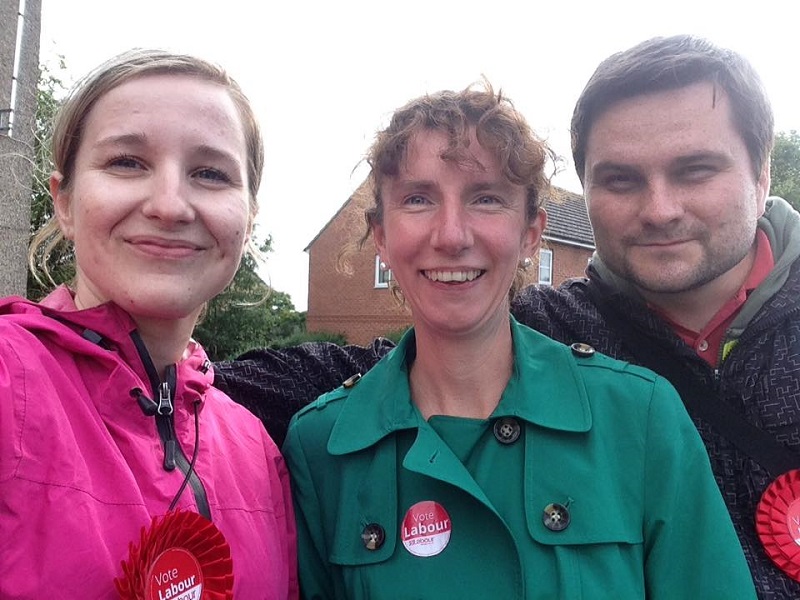 Josef Chamula and Vojta Vašák went to Ipswich –- the fourth such visit since 2014 –- and Daniela Vašátková and Martin Žipek went to Oxford. 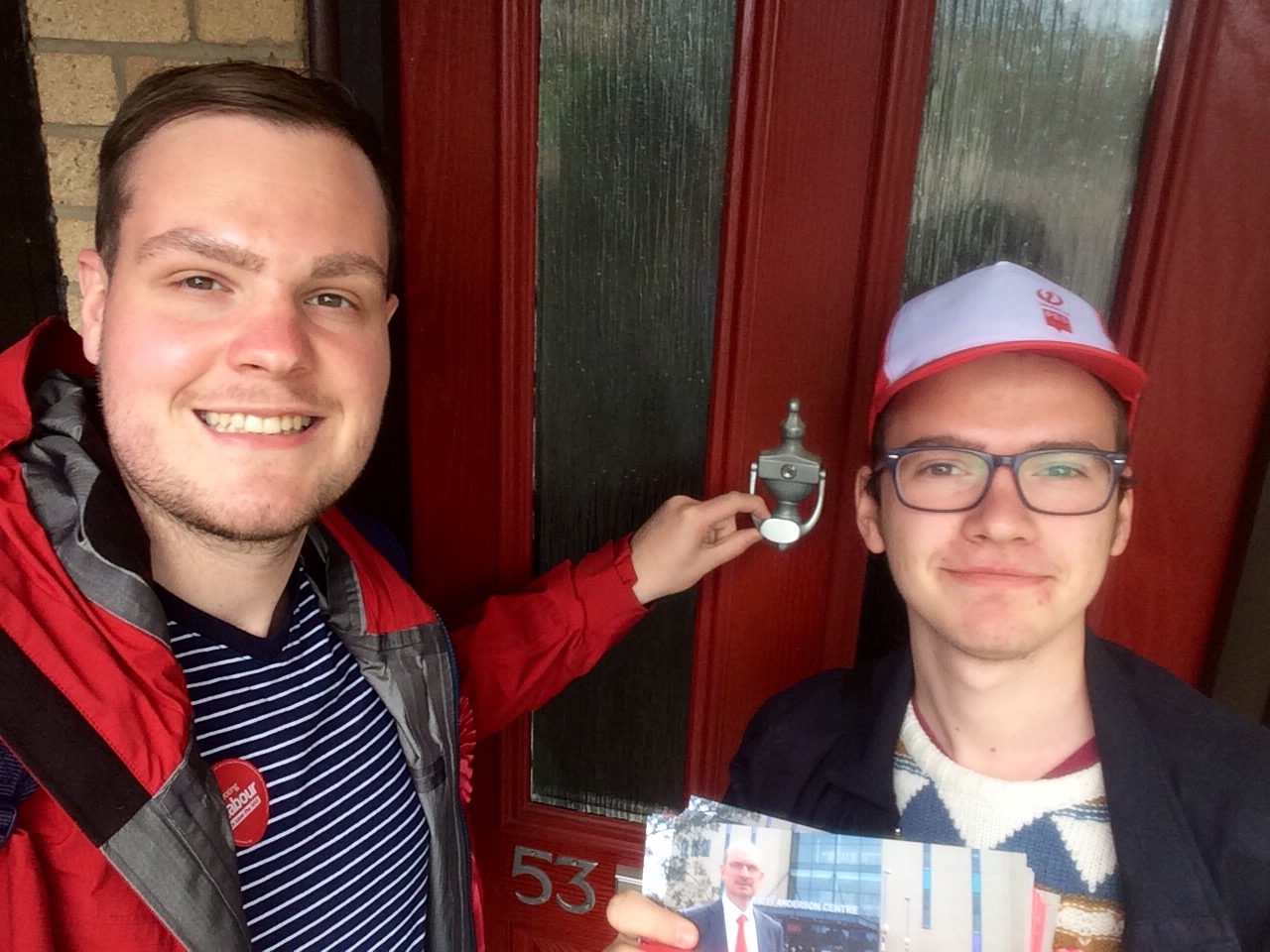 In the event, both groups had cause to celebrate. In Ipswich, in a surprise upset, Labour’s Sandy Martin defeated government minister Ben Gummer. This was one of the highlights of election night. And in Oxford East, Anneliese Dodds, who is now a shadow Treasury minister, cruised to victory with an amazing 65% vote share. 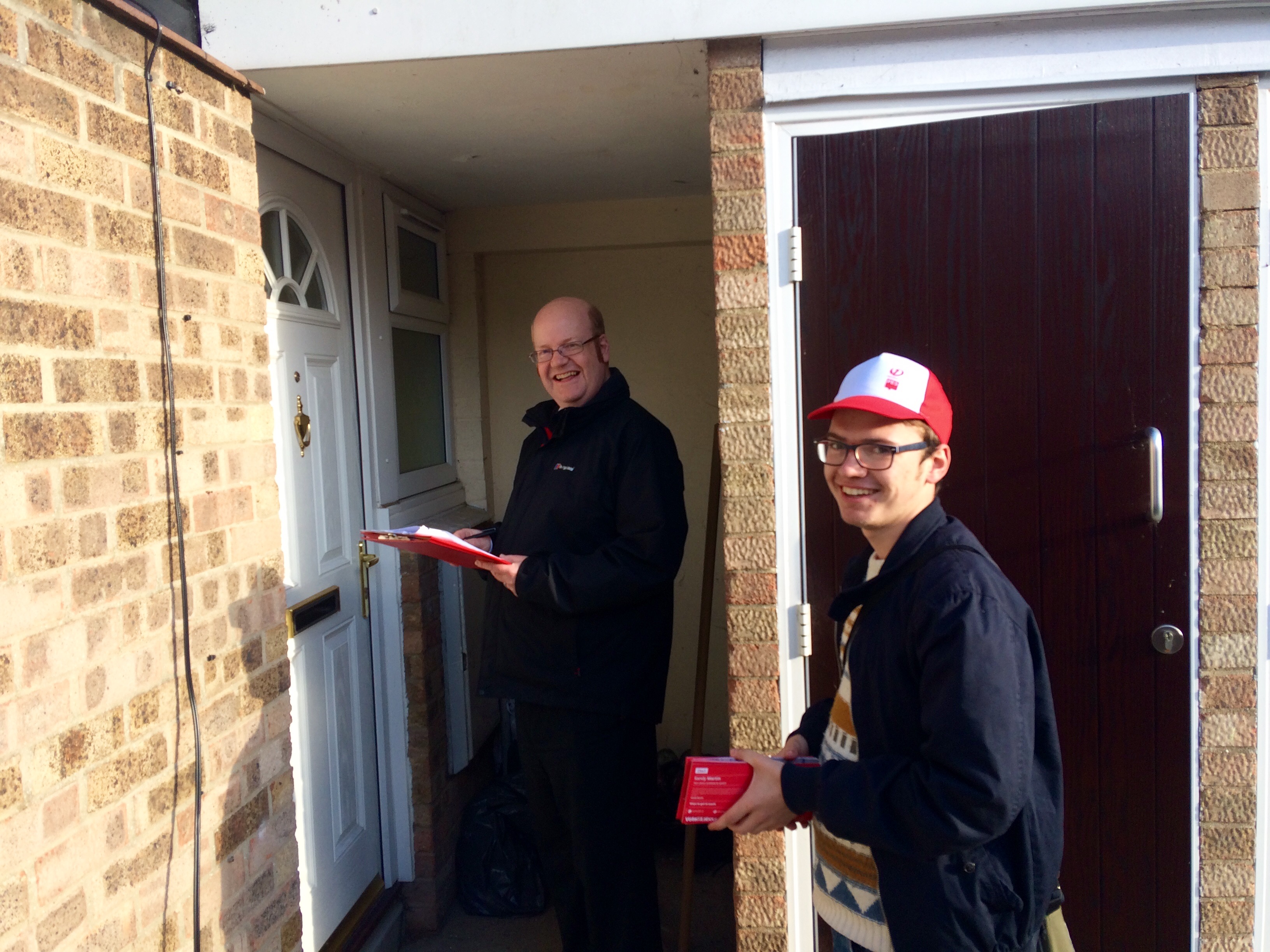 “One of the most heartening things about the General Election campaign in Ipswich was the massive support I got from Labour Party members here in Ipswich, from across Suffolk, from other parts of the UK, and even from the Czech Young Social Democrats. The young men from the Czech Republic joined us on the doorsteps of Ipswich without any apparent nervousness and helped encourage our citizens to vote for a positive future. No country exists in isolation from the world -– even if the UK does exit from the European Union, we will still need to have a close working relationship with our comrades in other European Countries. Spreading the Democratic Socialist message across the world has always been an important part of my political views, and so it was particularly heartening to see that put into practice by these enthusiastic young people. I intend to visit Prague to help out in the Czech national elections in October if I possibly can.”
Sandy Martin, MP for Ipswich

“Everyone in Ipswich was wowed by the way our Czech guests threw themselves into the campaign and the British political tradition of door-knocking. Achieving a Labour gain by just 831 votes underlines the value of the support we received and we hope to continue our successful collaboration with MSD/ČSSD.”
Councillor Martin Cook, Ipswich Borough Council

“We felt almost obliged to help the Labor Party in the campaign — to achieve a good result and block the insensitive Tory government. After all, both the Czech Social Democrats and the Labor Party are part of a large political family. And, as families, we need to help each other, especially in difficult times. We are very happy to have helped the Labour Party to win seats in Oxford East and Ipswich and wish your newly elected MPs a successful start in Westminster.”
Daniela Vašátková, International Secretary, Young Social Democrats

“Having the opportunity to share our campaigning experience and knowledge from comrades overseas was very rewarding. Our volunteers were extraordinarily helpful and adjusted well to our methods of knocking on people’s doors and following up with supporters to get the vote out. I hope that any lessons learnt are applied to help secure left-wing victories in the Czech Republic.”
Jonathan Harty
Local organiser, Oxford & District Labour Party 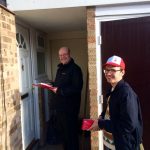 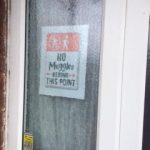 Some humour at the doorstep 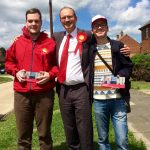 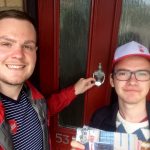 Daniela Vašátková at the doorstep in Oxford 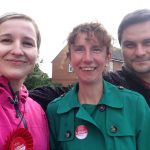 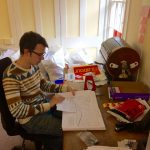 At a campaign centre in Ipswich 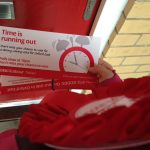 A last-minute leaflet round